Gender dysphoria occurs where a person feels that they are living within a body of the wrong sex. People may be more familiar with similar terms such as:

A person with gender dysphoria may:

Psychological support for gender dysphoria aims to help people make sense of and become content with their gender identity.

Group support is open to anyone who would like to give and receive support from like-minded people concerned with maintaining psychological and emotional wellbeing. Connecting with others in a safe and confidential setting can benefit self esteem; coping & resilience; thinking styles; and communication. Two groups currently run: an adult support group and a group dedicated to adolescents. Group numbers are small and there is no pressure to actively participate. Groups are facilitated by Dr. Francis McGivern on Saturday mornings.

A small fee is required to cover room rental and refreshments. To enquire about becoming a member of a group feel free to contact Francis (Mob. 087 9736417), or use the contact form provided.

Has Your Partner Attempted Suicide?

“Exploring the Impact of Uncompleted Suicide on Partners”. This research was completed in 2014. See below for more details.
END_OF_DOCUMENT_TOKEN_TO_BE_REPLACED 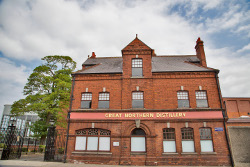 We are located at the Cherrywood Counselling Centre, Great Northern Distillery Building, Carrick Road, Dundalk. It is right beside the town's railway station and all of its excellent amenities.

See here for a map.